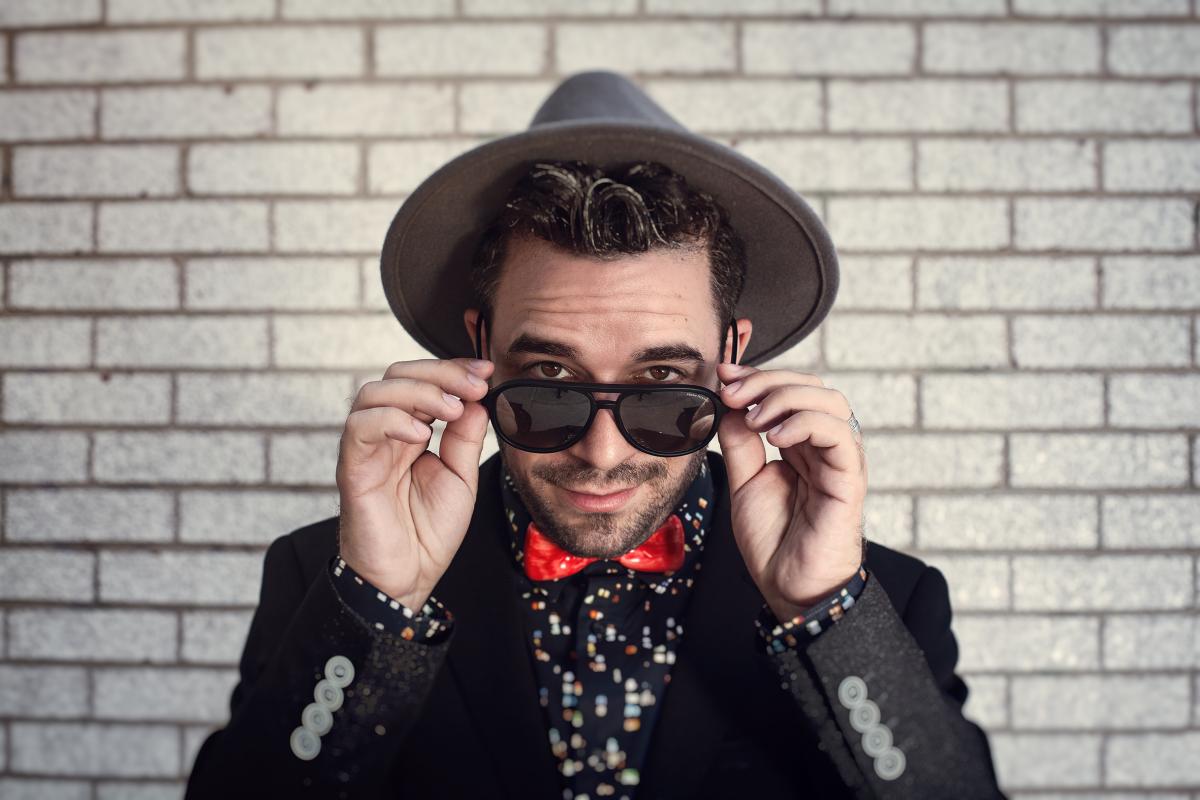 Award-winning singer, songwriter and recording artist Ori Dagan is taking jazz to new and exciting places. His rich baritone voice and impressive abilities as an improviser produce an instantly recognizable sound. In live performance, he surrounds himself with Canada’s finest musicians, performing an engaging mix of material which is always fresh and in the moment. With his critically acclaimed “Talent & Soul: 100 Years of Nat King Cole” program, Ori Dagan was an official showcasing artist at South by South West in Austin Texas, headlined the TanJazz festival in Tangier, Morocco and dazzled crowds at the inaugural Public Diplomacy Week in Seoul, Korea.

Ori Dagan, accompanied by Nathan Hiltz on guitar and Rob McBride on bass, will be performing excerpts from two programs currently offered by Station Bleue. A complimentary drink will be offered to all participating presenters upon arrival.

Inspired by the music of Frank Sinatra, Sammy Davis Jr. and Dean Martin, Ori Dagan’s The Rat Pack Songbook show is a brand new program which echoes the swing and swagger of “the coolest cats of all time.” Without resorting to impersonations or gimmicks, the program focuses on the entertaining songs of the era, from “Mack the Knife” and “Mr. Bojangles” to “Sway” and “My Way.” Each show is unique in that it features special guest vocalists; past participants have included John Alcorn, Steven Taetz, Donovan Locke and David Statham.