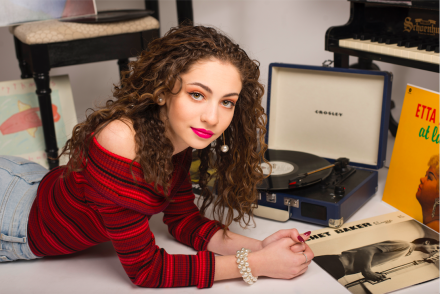 Canadian, singer/songwriter, and recording artist Avery Raquel, started in the entertainment industry at a very young age. From television and radio, to animation, and a number of professional stage productions across Canada, Avery’s passion for performing grew. All the while, Avery kept honing her craft as a vocalist of rare talent, which has led to an impressive list of career accomplishments.

In 2018, Avery released her 3rd full length album, ‘My Heart Away’. Comprised of all original music, one can discern that Avery has matured into a strong songwriter, with memorable melodies, compelling lyrics and a real sense of musicality, not often seen from someone so young. This 3rd offering, an explosive mix of Contemporary Soul, RnB & Jazz, has received glowing reviews and continued airplay across Canada, and into the USA, and even debuted at #11 on the Canadian iTunes Top 200 RnB/Soul chart.

As a performer, Avery has taken the stage across North America, including at some famed NYC clubs like Birdland Jazz club, and Metropolitan Room, as well as top Canadian venues like Koerner Hall, The Jazz Bistro, Lula Lounge, Hugh’s Room, and many more.

She has also been fortunate to the share the stage and studio with the likes of Juno and Grammy winning artist David Clayton Thomas, Matt Dusk, Holly Cole, June Garber, Molly Johnson, Sean Jones, and other prominent International performers.

Performing while continuing to write captivating songs, Avery is poised to be the breakout artist she is destined to become.