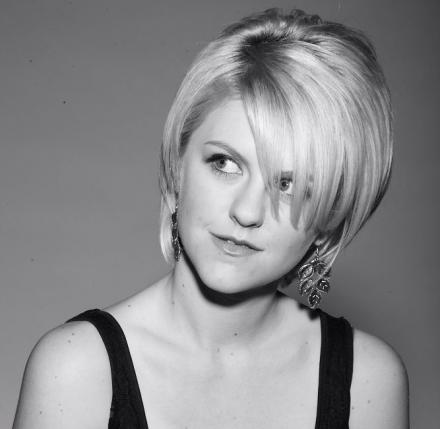 With the Toronto Star writing that Darrelle London’s music “Reminds one of Kate Nash channeling Jill Sobule with a dash of Ben Folds,” it’s no wonder that London’s playful sound has earned her many fans, and some unexpected supporters along the way.
Fellow Canadian songstress Chantal Kreviazuk excitedly reached out to London upon discovering her music online. The pair met up and wrote three songs for Darrelle’s latest release, Eat A Peach. Of her experience working with London, Kreviazuk says, “her gentle, unique approach to music is so special, it is a pleasure to be immersed in.”
Celebrity blogger Perez Hilton counts London among his favourite singer/songwriters, writing on his website, “We love the quirky Canadian piano pop singer/songwriter! She’s back with some fresh tunes and it’s so HER! Sweet! Catchy! And slightly off-center! We love it!”
Some highlights from Darrelle London’s still-young career include touring North America, being chosen by Sarah McLachlan to perform at Lilith Fair, and placing her music on the hit 90210 TV series.
London has been featured on Canada AM, CBC The National, eTalk, MuchMusic, and PBS.
She has enjoyed airplay on CBC radio programs such as DNTO, Vinyl Café and Radio 2 Drive. She was named Bell Media Emerging Artist in May 2012, when her single, Fine, was picked up by commercial radio stations across Canada.
http://www.darrellelondon.com