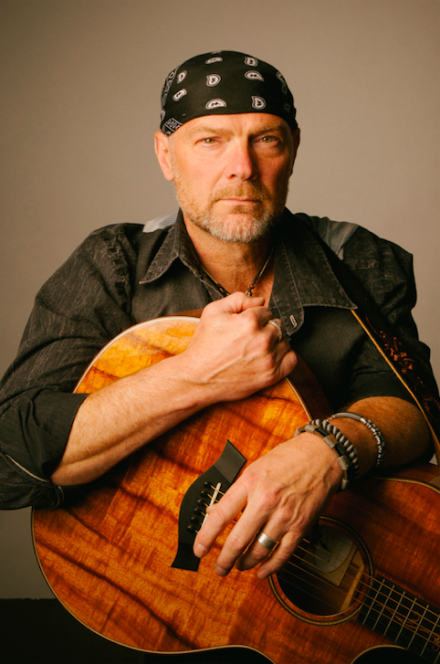 Yes that Survivorman; the worldwide celebrated documentary film maker, TV star and creator of the genre known as ‘survival TV’ is also a life-long passionate musician with 5 CD’s and 2 on the way in 2019. His art-rock/folk/blues music seeks to celebrate and protect the natural world through songs of the wilderness and adventure. He is a renowned world-class harmonica player as well as an accomplished songwriter, guitar player/singer and he has performed on stage with some of the biggest in the business. His sold out performances feature intimate, in-between song, stories from around the world.

Les Stroud has been nominated for 27 Canadian Screen Awards, winning two for best documentary writer and one for best camera. He’s the only television producer in history to write, film, produce, direct and star in an internationally broadcast TV series entirely alone. He’s a celebrated keynote speaker, award winning and best-selling author, songwriter and musician, environmental activist and outdoor adventurer. His mission from day one, has been to teach wilderness skills and celebrate nature and the earth through his filmmaking and his music. Known as the “Hendrix of Harmonica” he’s been described by Jonny Lang and Alice Cooper as “One of the best harmonica players in the world”. His TV series Survivorman, is shown in over 100 countries and now his music is following the same path. In 2018 Les will release two new albums as well as launch his on channel; SMTV smtvnetwork.com

Many people know Les Stroud as Survivorman, wilderness survival expert and host ofthe hit television show, but the Toronto-area native has been writing songs and studying. music since the age of 14. Now, fans can see Stroud live in concert as he delivers his environmental message of celebrating and protecting the earth. After graduating high school, Stroud became a published songwriter with RCA/BMG music by the age of 23. He continued writing, recording, and performing music in between the filming of his hit TV series Survivorman, and went on to release 4 albums: his Debut Album in 2006, Long Walk Home with Les Stroud and the Pikes in 2007,Wonderful Things in 2012, and Off The Grid in 2015. If you think Les Stroud is amazing in the wild, you should see him on stage-and now you can! Les Stroud will be returning to the stage, LIVE in Concert, with select tour dates in the US and Canada