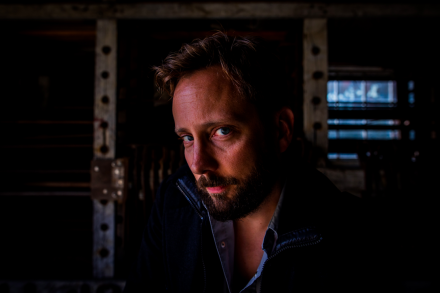 Ryan McMahon was born in 1979 in Chemainus, BC. The only child of a longshoreman and a future educator, Ryan began entertaining early. The circles of aunts, uncles and grandparents were tickled by his early renditions of the theme song from Davy Crocket: King of the Wild Frontier. The same relatives were not so thrilled by his discoveries and emulations of the early stage stylings of Eddie Murphy and Richard Pryor.

Whether the attention he received was positive or negative, it was during these early days that hooked Ryan into evoking emotion from those around him. Fast approaching his forties (any day now), Ryan has carved out an almost 20-year career as an independent artist in Canada’s vibrant music scene. He’s always been a genre fence sitter, hanging out on the edges of country just enough to say he isn’t; Ryan is both a whisper and a scream.

“Ryan sings to anyone and everyone who has ever got drunk, smoked, cried, loved or been loved,” says producer Andre Wahl (Hawksley Workman, Luke Doucet).

Ryan’s life goal has always been to craft songs that speak to the human condition. “I didn’t know who I was until I found music. I found that the person I was becoming in my songs was far more confident and self-assured than I was myself. Writing songs was my way of relating to people on a broader scale than I could otherwise.”

”Over the course of his career, Ryan has toured Canada countless times, released five full-length albums, and seen his music licensed nationally and abroad. He has shared the stage with an extremely wide-variety of artists, ranging from Lisa Loeb and Buffy Ste. Marie to Nickelback and Mother Mother.